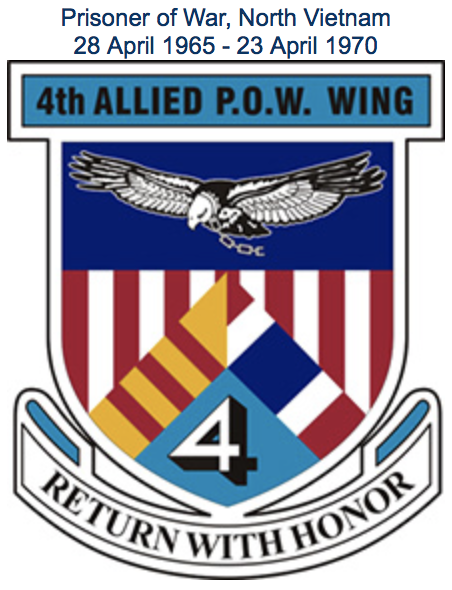 As a result of being an inspiration and pillar of strength to his fellow P.O.W.’s , Ron Storz was unmercifully tortured in captivity for five long years from April 28, 1965 until his death in a small, filthy, damp, dark, cold, infested, Hanoi prison cell on April 23, 1970. Ron’s captors were able to steal his life but they were never able to steal his heart, soul, love of family, love of friends and love of his Country. In remembrance of Lt. Colonel Ronald E. Storz, Driscoll Cares honors all Americans that made the ultimate sacrifice in honor of our great Country.

Ron Storz was born on October 21, 1933, in New York City. He enlisted in the U.S. Air Force on June 12, 1952, and entered the Aviation Cadet Program for Navigator/Aviation Observer training on March 27, 1954. Storz was commissioned a 2d Lt in the Air Force and was awarded his Navigator Wings on August 9, 1955, and then attended B-47 Stratojet Combat Crew Training before serving as a B-47 Navigator with the 349th Bomb Squadron at Portsmouth AFB, New Hampshire, from May 1956 to October 1957, and the 351st Bomb Squadron at Pease AFB, New Hampshire, from October 1957 to March 1959. Lt Storz was then accepted for pilot training, and was awarded his pilot wings at Webb AFB, Texas, in March 1960. After completing Pilot Instructor Training, Capt Storz served as an instructor pilot with the 3561st Pilot Training Squadron at Webb AFB from July 1960 to April 1963, followed by service as a training officer with the 3561st Student Squadron at Webb AFB from April 1963 to September 1964. He then attended O-1 Bird Dog Forward Air Controller (FAC) training at Eglin AFB, Florida, before deploying to Southeast Asia in November 1964. Capt Storz served as an O-1 FAC with the 33rd Air Base Squadron at Tan Son Nhut AB, South Vietnam, from November 1964 until his aircraft crashed and he was captured and taken as a Prisoner of War in North Vietnam on April 28, 1965. He died in captivity on April 23, 1970, and his remains were returned to the United States on March 6, 1974. Ron Storz was buried at Arlington National Cemetery.